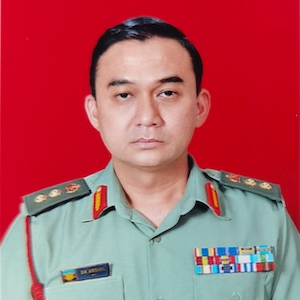 Graduated from International Islamic University Malaysia in 2003. Joined the Malaysian Army from MOH end of 2004. Obtained Masters in Public Health (Clinical Epidemiology) from University of Sydney in 2009 and DrPH from UPM in 2016. Was also trained in Underwater Medicine (Australia), Operational Medicine (ISAF) and Diploma in Family Medicine (AFPM).

Recently he was the key Liason Officer for MAFHS in CPRC MOH and later as the deputy director Pusat Kuarantin dan Rawatan COVID-19 MAEPS where the use of innovative technologies were being employed under his purview.